Reidun Christensen
23/05/15 11:07
ONE of the world’s largest aeroplanes flew into Bergen today (Friday, May 22) in order to take 105-metric tons of offshore-drilling technology overseas – and tomorrow the same type of aircraft is set to make the trip all over again. 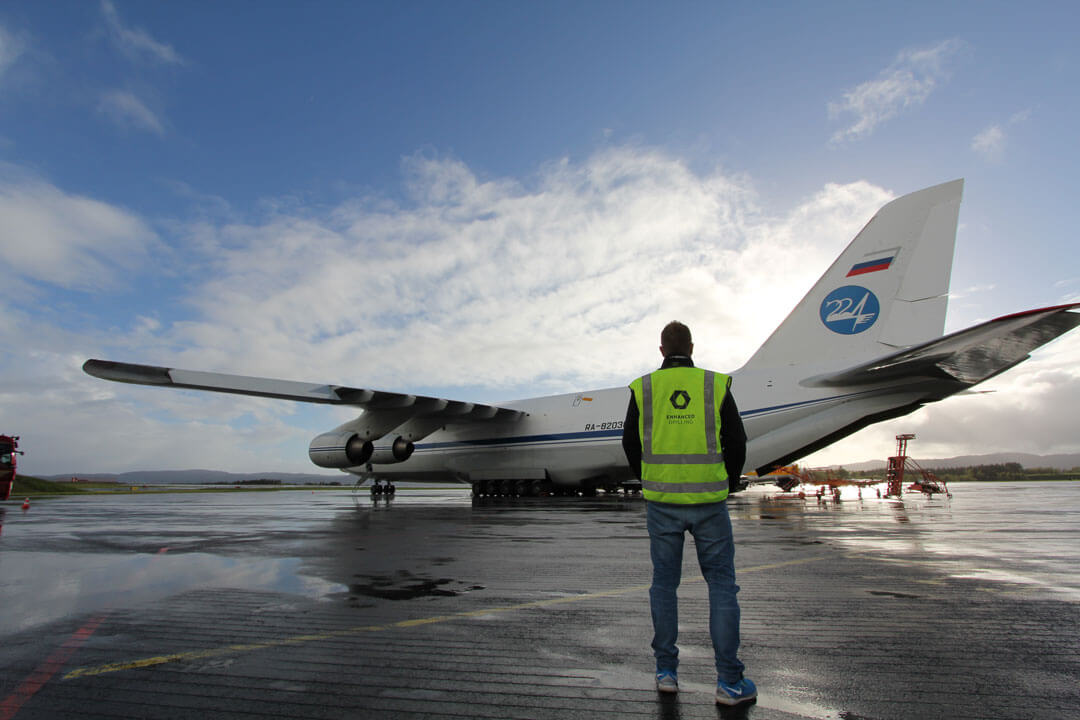 The cargo consisted of an RMR® Riserless Mud Recovery system which will be used on a drilling project in the North Pacific Ocean by a leading operating company.

Two RMR® systems
Two RMR® kits are required by the customer, which recently signed a multi-well contract with Enhanced Drilling, so another Antonov is scheduled to fly into Bergen to collect the second system tomorrow. In total, 210 metric tons of equipment will be carried by the planes.

‘Proud’
David Hine, Enhanced Drilling’s CEO, said: “We are proud that this technology - which has been developed and manufactured at our head office in Straume - is making its way in such spectacular fashion to our customer. Normally we would send such a consignment by ship but, on this occasion, the customer requires the equipment as quickly as possible – hence the two Antonovs.”

'Reputation’
Mr Hine added: “This particular customer has used the RMR® system before. On this occasion, they require two kits which will be used on two rigs simultaneously. The area has demanding top-hole conditions, as well as strict environmental regulations – just the sort of challenges on which RMR® built its reputation.”

RMR® enables operators to use weighted drilling fluid during the drilling of the top-hole section of the well. All mud and cuttings are returned to the rig, with no discharge to the sea. The result is a safer, more stable top-hole, drilled with minimal environmental impact. The system has been used on more than 220 wells worldwide for more than a decade.

As well as RMR®, Enhanced Drilling is known for the EC-Drill® Managed Pressure Drilling system and service, MPC Managed Pressure Cementing and the CTS Cuttings Transportation system. RMR® and CTS have together been used on more than 600 wells worldwide to date.

Enhanced Drilling, which is headquartered just outside of Bergen, changed its name from AGR Enhanced Drilling in April last year. The move came following a legal
de-merger from AGR Group in 2013.

All media inquiries should be directed to VP Sales Bernt Eikemo.